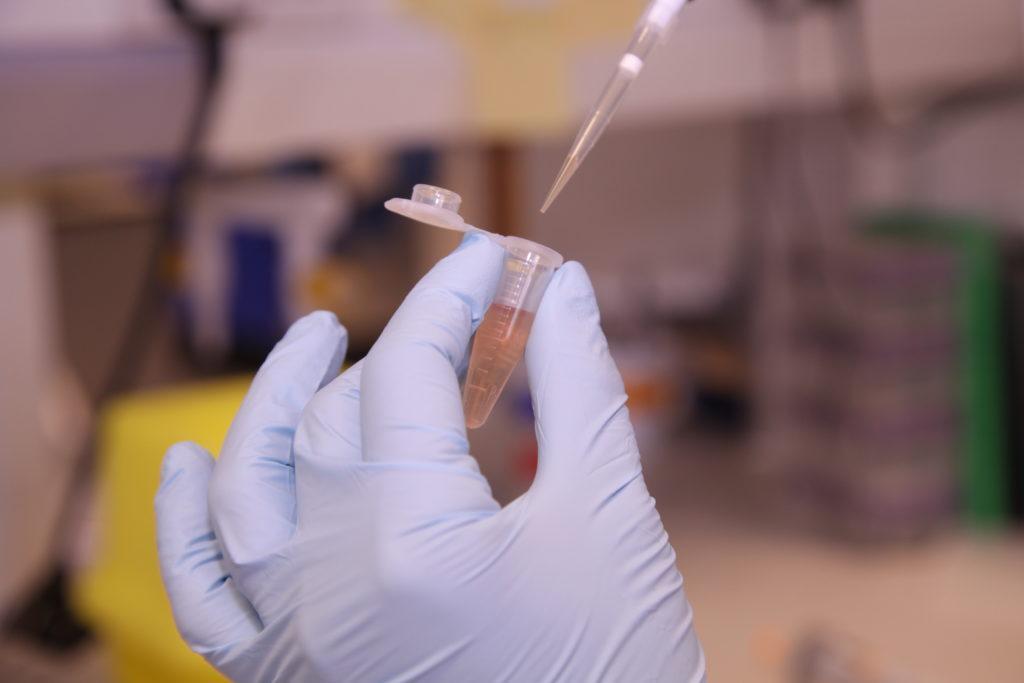 Researchers from Barts Cancer Institute (BCI), Queen Mary University of London, and Zhengzhou University have developed a personalised vaccine system that could ultimately delay the onset of pancreatic cancer. The study provides strong proof-of-concept for the creation of a vaccine for cancer prevention in individuals at high risk of developing this disease and to slow down tumour growth in patients who are affected by it.

The study reports the team’s work with a pre-clinical model using mice. The research was published today in Clinical Cancer Research, a journal of the American Association for Cancer Research.

Although vaccines do exist for some cancers caused by known pathogens, such as the human papilloma virus in cervical cancer, vaccination against non-viral cancers has remained a challenge. In the study, researchers created a vaccine system that doubled the survival time of mice with pancreatic cancer. Importantly, the vaccine system can be personalised for the individual receiving it and could potentially be tailored to work against other types of cancer.

International collaboration in face of challenges

Professor Yaohe Wang from BCI and the Sino-British Research Centre at Zhengzhou University in China, who led the study, said:

“This is preliminary data from tests on mice but it could be a platform for developing personalised and powerful cancer vaccines to reduce cancer incidence in at-risk individuals.”

To make the vaccine, researchers took cells from mice and turned them into pancreatic cancer cells by adding two errors into their genetic code. These errors, or mutations, are known drivers of pancreatic cancer. The team then infected these cells with viruses, which have an important role in the vaccine system. Not only do the viruses kill the cells to remove their ability to form tumours within the body, but they do so in a way that activates the immune system against these cells.

As the cells die following injection into the subject, they release antigens specific to these pancreatic cancer cells, priming the immune system to recognise the initiation of cancer and prevent its development within the body.

By injecting these virus-infected cells into mice that were destined to develop pancreatic cancer, the team were able to delay the onset of disease, doubling their survival time when compared with mice who did not receive the vaccine.

Potential for a personalised vaccine

The genetic makeup of cancer varies from individual to individual. That means treatments that are effective for one patient’s cancer may not be effective against another’s. Notably, because the cells were derived from the mice that were going to receive the vaccine, the cells created were genetically similar to the cancer that was going to develop in these mice. This suggests that cells could be taken from at-risk individuals and used to create matching tumour cells for use in a vaccine regime tailored to those individuals.

Pancreatic cancer has the lowest survival rate of all the common cancers, with less than 5% of those diagnosed surviving for longer than five years.

"One reason for this low survival rate is lack of symptoms, meaning diagnosis is often not made until the cancer is at an advanced stage.  This suggests a window of opportunity for the application of preventative vaccine strategies. Although this research is at the early developmental stages, it provides strong evidence that the creation of a vaccine against pancreatic cancer is possible."

The team will now look at different ways of improving the regime – including increasing the number of vaccinations or combining the vaccine with other therapies such as immunotherapies.

The research was funded by the Chinese Ministry of Science and Technology and Zhengzhou University.