ASH 2019 - Our blood cancer research on an international stage

Once again this December, researchers from Barts Cancer Institute (BCI)’s Centre for Haemato-Oncology made the trip to the American Society of Hematology (ASH) Annual Meeting and Exposition, which this year took place in Orlando, Florida on 7th-10th December.

In its 61st year, this premier event in malignant and non-malignant haematology brings together more than 25,000 professionals from all subspecialties of haematology, and represents an invaluable opportunity for our researchers to highlight the work of BCI’s Centre for Haemato-Oncology on an international stage. The event is made up of a variety of sessions covering key topics from basic and clinical haematology research in the form of poster and oral presentations. 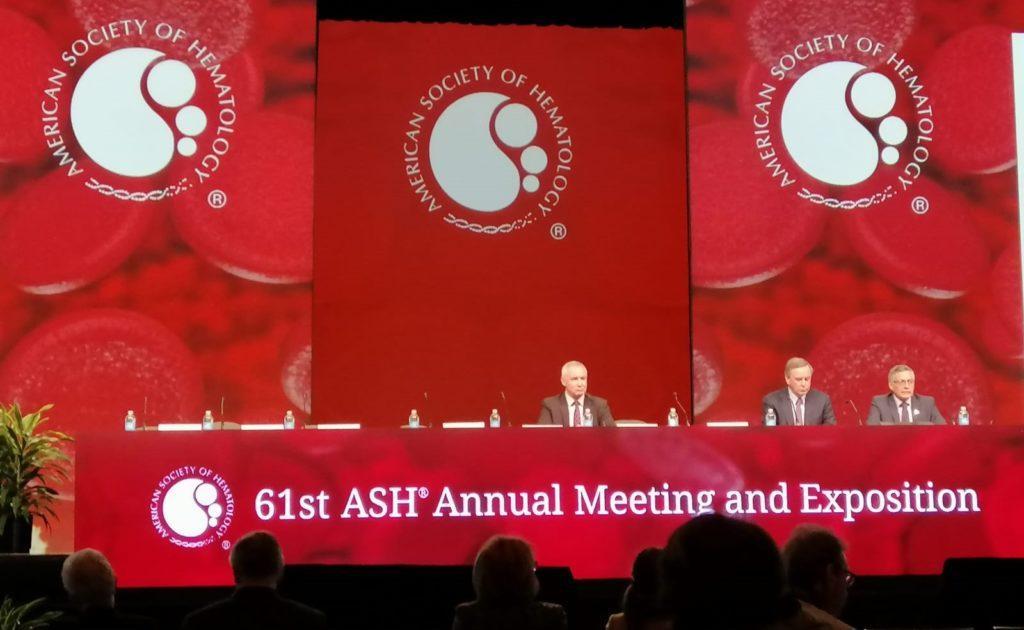 This year was the first year that Professor John Gribben, Lead for BCI’s Centre for Haemato-Oncology, attended as President of the European Hematology Association (EHA). At the meeting, Professor Gribben co-chaired the ASH-EHA Joint Symposium which took place on 8th December. This session was focused on normal and malignant haematopoiesis, and looked at the links between specific metabolic pathways and the development of blood cancers.

"ASH was a very exciting meeting with a record of more than 30,000 attendees. This was a fantastic opportunity to highlight the research being performed by the staff of the Centre for Haemato-Oncology at Barts Cancer Institute."

This year marks the 10th anniversary of Translational Research Training in Hematology (TRTH), a programme created by EHA and ASH that provides junior researchers with a unique, year-long training and mentoring experience. The training programme is designed to help early-career haematological scientists build successful careers in leading translational haematology research.

In recognition of the 10th anniversary of TRTH, there was a special TRTH Scientific Symposium at this year’s ASH Annual Meeting and Exposition, which included talks from TRTH alumni. Dr Jessica Okosun, a clinician scientist and Group Leader in BCI’s Centre for Haemato-Oncology, was one of four speakers selected out of 200 alumni to present at this session.

Dr Okosun’s talk was entitled ‘Metabolic Perturbations in Follicular Lymphoma: Clues from the Genetics,’ and was about her research on the discovery of mutations in a gene called RRAGC in follicular lymphoma and the journey detailing the improved recognition of how genetic changes can shape the metabolic landscape of tumours.

"I was incredibly honoured to be selected out of such a stellar TRTH alumni to present at the anniversary. Hearing the accomplishments from past and present alumni is a real testament to the success of the TRTH programme, that has been instrumental in shaping my academic development. It is a fantastic lifelong community to be part of."