Research led by Barts Cancer Institute (BCI), Queen Mary University of London, reveals novel insights into the role of the tumour microenvironment (TME) in the regulation of cancer growth. Gaining a more comprehensive understanding of the communication between cancer cells and their TME, and how these interactions can control cancer cell growth, may result in the development of improved treatments for cancer.

The role of the tumour microenvironment 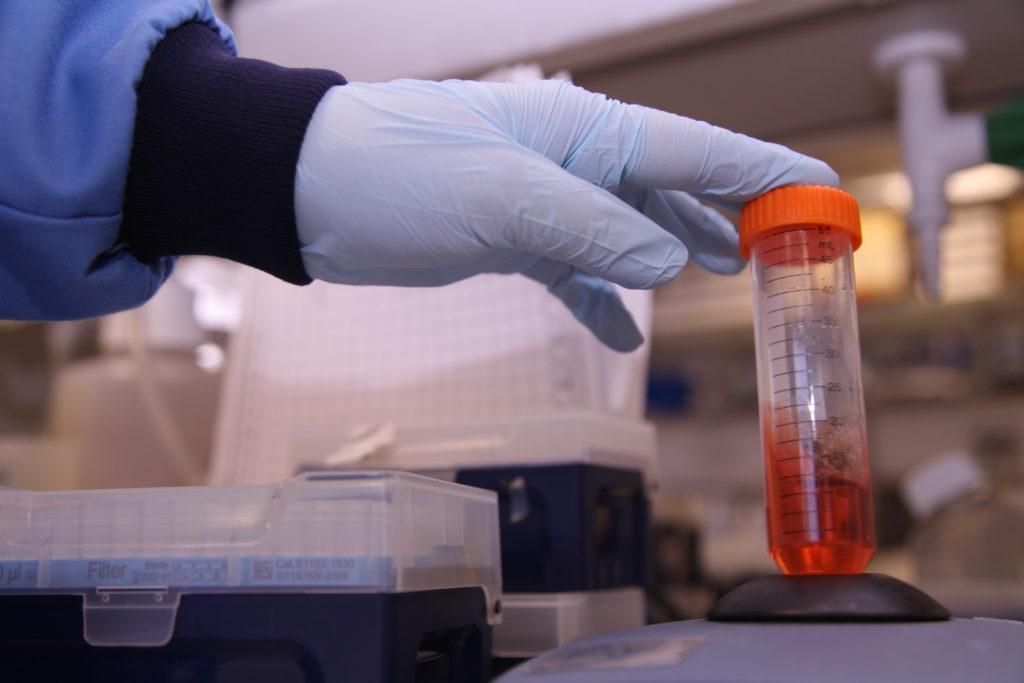 Cancers are made up of a variety of different cell types. As well as the cancerous cells that are present, there are also many normal cells surrounding the tumour, such as cells that make up connective tissue and blood vessels, and immune cells. These normal cells constitute what is known as the TME, and have been recruited and corrupted by the cancer to help it grow and spread.

The study, published today in Nature Communications and funded by Cancer Research UK, Worldwide Cancer Research and the Medical Research Council, focused on one particular group of cells present within the TME, known as cancer-associated fibroblasts or CAFs. The team found that the levels of a specific protein within CAFs in the TME can control tumour growth.

“Historically, we have thought about cancer cells and how best to attack them directly. However, over the last few years, scientists have come to realise that we need to understand much more about how non-cancerous cells actually affect how tumours grow.”

Historically, CAFs have been thought to help maintain the structure and shape of the cancer, and it is the CAFs present in the TME that make the caner feel like a hard-ish lump. However, more recently, scientists around the world have begun to realise that CAFs can also have other functions.

By analysing data from human breast and pancreatic cancer samples, the team found that low expression of a protein in CAFs, called focal adhesion kinase or FAK, was associated with reduced survival in patients with these cancer types. To investigate the mechanisms underlying this, the team created preclinical models of breast and pancreatic cancer, where FAK was removed from the CAFs.

“The biggest surprise in our study was that by altering this one molecule in the CAFs, we were able to actually change the metabolism of the cancer cells.”

In preclinical models with depleted FAK, increased tumour growth and disease progression was observed for both breast and pancreatic tumours compared with controls. Further analyses revealed that loss of FAK from CAFs resulted in alterations to cell metabolism pathways. Reduced levels of FAK were found to enhance the processes on which cancer cells rely to create the energy they need to grow and survive, thus boosting tumour growth.

This study has identified a novel pathway by which the growth of cancer cells is regulated through alterations to their metabolism, controlled by cells in the TME. This research highlights the importance of looking at the communication channels between cancer cells and non-cancerous cells in the TME, such as CAFs, in order to identify potential new and important targets for the development of treatments against cancer.