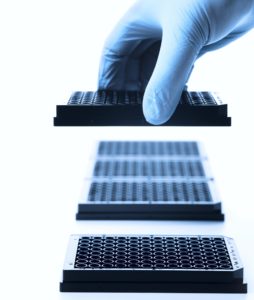 Identifying women at high risk for ovarian cancer currently relies on clinical assessments and family history-based testing for susceptibility genes - a policy that misses more than half of the gene carriers and represents enormous missed opportunities for more targeted prevention. Around 70 per cent of ovarian cancer cases are currently diagnosed too late, when they are already at stage 3 or 4, meaning that treatment is more radical and the chance of survival is much lower, compared to being diagnosed at stage 1 or 2.

In the study, funded by Cancer Research UK and The Eve Appeal, volunteers completed a risk assessment and genetic testing to receive a personalised risk estimate of developing ovarian cancer, which was calculated using genetic, lifestyle and hormonal ovarian cancer risk factors. None of the participants would routinely have been offered genetic testing on the NHS, as they did not fulfil current clinical testing criteria.

The study then followed the participants over six months through questionnaires which recorded a range of information including their psychological health and quality of life. Ovarian cancer worry and general cancer risk perception decreased over the six months. Individuals identified at increased risk could opt for screening and prevention.

The results suggest that this population-based personalised risk prediction is feasible and acceptable, has high satisfaction, reduces cancer worry, and does not have a negative impact on psychological health or quality of life.

“Our findings support broadening genetic testing for ovarian cancer genes across the entire population, beyond just the current criteria-based approach, to better identify women at risk. This could prevent thousands more cancers than any current strategy, saving many lives. Why do we need to wait for women to get cancer to identify others in whom we can prevent cancer? A population testing approach can change this.”

“If women identified as high risk act on the information that they’re given they can take preventative action to reduce their risk or undertake regular screening.  The impact that this study could have on healthcare in the future for these cancers is promising and an exciting step forward in prevention.”

“At The Eve Appeal we know that investing in cancer prevention is so vital. It’s much better to prevent cancer development than deal with the devastating consequences of a cancer diagnosis. Particularly for a disease that’s often diagnosed at a late stage like ovarian cancer. This pilot trial shows promise for all women. The emerging evidence shows that it could provide a personalised estimate of their risk of ovarian cancer development. This will allow them to make decisions allowing them to minimise their risk, by opting for preventative surgery, or to have regular screening. An exciting step forward.”