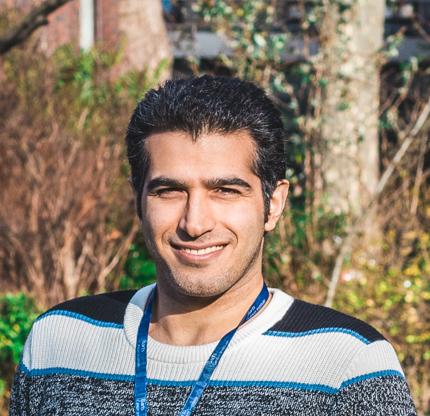 We recently spoke with Dr Faraz Mardakheh from Barts Cancer Institute’s Centre for Cancer Cell and Molecular Biology about his most recent research paper, published today in Developmental Cell. The study sheds light on how invasive cancer cells increase their protein-making capacity in order to boost their growth and invasive capabilities, and identifies a key player involved in this process, which may represent a target for therapeutic interventions.

What is your new study about?

In this study, we reveal how invasive cancer cells increase their capacity to make proteins, which is essential for supporting their enhanced proliferation and invasiveness. We show that this is achieved by a protein named LARP6, which functions by increasing the biogenesis of ribosomes - molecular factories that make all proteins in our cells. Importantly, LARP6 levels are upregulated in highly invasive cancers.

Did you find anything surprising?

Why is this study important? What are the wider implications?

Importantly, in highly invasive cancer cells we found that by interfering with this localised synthesis of ribosomal proteins, we could specifically impair the growth and invasiveness of the cancer. Knowledge of such specific mechanisms may help in the design of new treatments to target cancers more specifically.

What are your next steps for this research?

We are now interested in finding out the molecular details of how LARP6 interacts with specific mRNAs, in the hope of being able to design therapeutic strategies to target and block these interactions. In addition, we are interested in finding other instances where the location of a specific group of mRNAs is critically involved in regulating protein synthesis during cancer progression.

This research was performed in collaboration with the Francis Crick Institute, UCL Queen Square Institute of Neurology and the University of Oxford. The Medical Research Council, Barts Charity and the European Research Council funded the work.