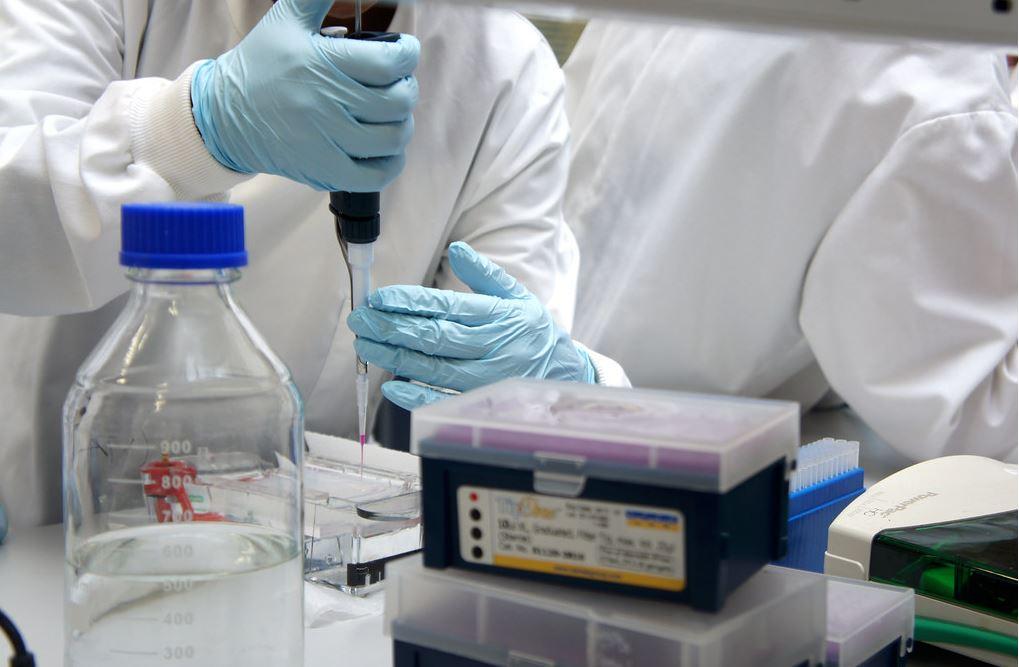 A blood test that can detect tiny amounts of circulating cancer DNA may be able to identify risk of cancer recurrence and guide precision treatment in bladder cancer following surgery, according to a clinical study led by Professor Tom Powles from Barts Cancer Institute at Queen Mary University of London and Barts Health NHS Trust. The findings from the study, published today in Nature, may change our understanding of cancer care following surgery.

The study found that patients with urothelial cancer who had a particular cancer DNA marker in their blood following surgery to remove their tumour had a higher likelihood of cancer relapse. These patients could benefit from subsequent treatment with an immunotherapy called atezolizumab.

Globally, there were approximately 573,000 cases of and 212,000 deaths from bladder cancer in 2020. Surgery is often among the first treatments for advanced bladder cancer that has grown into the muscle layer of the bladder wall (muscle-invasive). However, relapse rates after surgery are high as some cancer cells can be left behind when the tumour is removed. These remaining cancer cells, known as molecular residual disease (MRD), increase the chances of a patient’s cancer reoccurring as the cells can spread and establish tumours elsewhere in the body.

This study, funded by F. Hoffmann-La Roche Ltd./Genentech, Inc, and Barts Cancer Institute/Queen Mary University of London evaluated treatment outcomes in a subgroup of patients (comprising 581 individuals) who were enrolled onto a randomised phase III trial (IMvigor010) and a phase II study (ABACUS) which investigated whether the drug atezolizumab could reduce cancer recurrence in high-risk muscle-invasive urothelial carcinoma.

To identify patients with increased likelihood of MRD following surgery, a blood test was used to detect the presence or absence of circulating tumour DNA (ctDNA) - tumour-derived fragments of genetic material that can escape into the bloodstream and are considered to be indicative of MRD. The team found that patients with ctDNA-positive blood tests after surgery were at higher risk of cancer recurrence than those who were ctDNA-negative.

Treatment with atezolizumab did not significantly improve disease-free survival (DFS; the length of time after treatment during which no sign of cancer is found) nor overall survival (OS) in the whole IMvigor010 study population; however, in the ctDNA-positive subgroup of patients evaluated in this study, treatment with atezolizumab compared with observation alone significantly improved DFS (5.9 vs 4.4 months) and OS (25.8 vs 15.8 months). The outcomes in patients who were ctDNA-negative did not appear to differ whether they received atezolizumab or not.

“These novel findings demonstrate ctDNA as a marker for residual disease and response to atezolizumab. We also found ctDNA measurement to be more accurate than traditional radiology at identifying disease relapse. These findings may change our understanding of post-surgical cancer care and, if validated in this setting as well as across tumour types, they may also change clinical practice.”

Directing treatments to patients who need them

It is difficult to determine which patients harbour MRD and which are cured after surgery. As a result, many patients who are cured by surgery are unnecessarily exposed to toxicities from additional treatments, and other patients with residual disease may not receive potentially beneficial treatment until disease progression is detectable by imaging. The findings from this study suggest that detection of ctDNA shortly after surgery may overcome these clinical limitations by enabling early identification of patients harbouring MRD.

Initiating personalised treatment based on the identification of MRD rather than treating unselected patients or waiting for relapse would be a significant change in cancer treatment. Further studies will now be required to validate and expand the clinical utility of this method, and to determine whether ctDNA measurement could aid in directing post-surgical treatment to those who need it.