Rewiring the biology of leukaemia cells to reverse drug resistance

Researchers from Barts Cancer Institute (BCI) at Queen Mary University of London have identified a way to reverse resistance to a group of cancer drugs, known as kinase inhibitors, in leukaemia cells. By rewiring the inner workings of the cancer cells, the team was able to prime leukaemia cells for sensitivity to treatment in the laboratory. 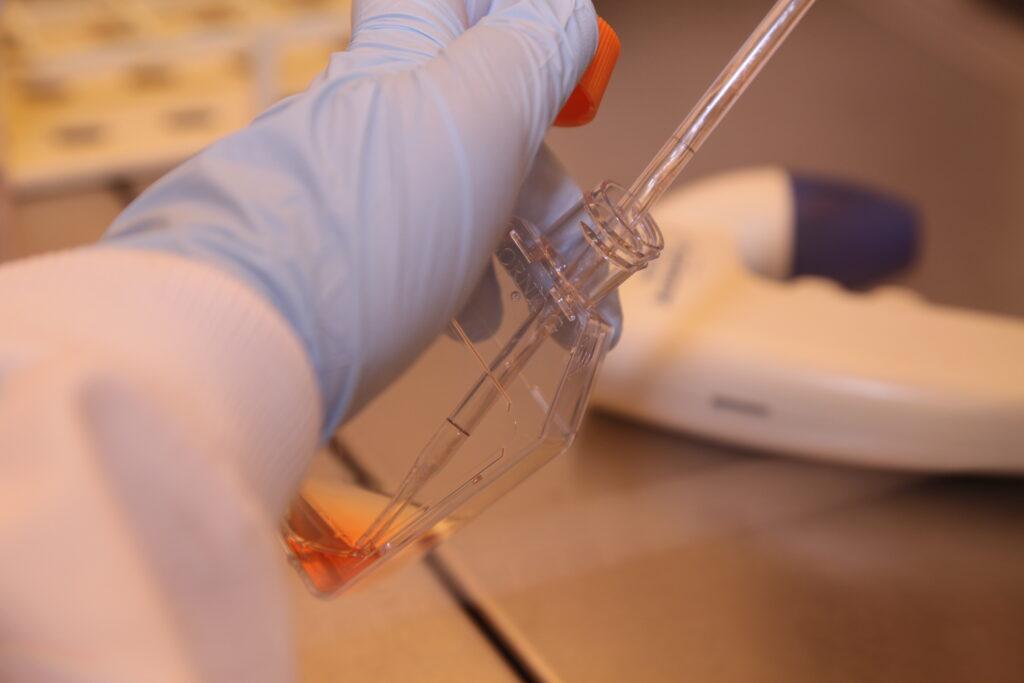 Kinase inhibitors are a type of targeted drug that block chemical messengers (enzymes) called kinases within cells. Kinases activate proteins in cells that are needed for a variety of normal cellular functions, including metabolism, growth, division and survival; however, kinases can become dysregulated in cancer, helping cancer cells to grow and survive.

Although kinase inhibitors have shown success in the treatment of some tumour types, many cancers fail to respond or develop resistance against these targeted drugs. In this study, Professor Pedro Cutillas and his team found it was possible to overcome kinase inhibitor resistance in leukaemia cells by manipulating the cellular pathways that the cells use to survive.

The Biotechnology and Biological Sciences Research Council, Barts Charity and Cancer Research UK funded the research, and the findings were published in Science Signaling.

Cutting off the alternative routes

Kinase inhibitors work by blocking components of different signalling pathways that cancer cells use to grow and survive. However, similar to how satellite navigation devices suggest an alternative route to reach a destination if there is a road closure; cells can learn to use other routes to carry out a function when a drug blocks their usual pathway. These alternative routes, or ‘intrinsic resistance,’ compensate for the effects of the drug and can prevent the drug from killing the cancer cell.

Building on previous work that investigated the mechanisms of resistance to drugs that target kinases, the team first treated leukaemia cell lines with an experimental drug (GSK2879552) to block an enzyme called LSD1. LSD1 has a role in regulating gene expression in cells.

As the leukaemia cells were now relying on the MEK/MAPK pathway for survival, the team used a second drug – a kinase inhibitor called trametinib – to block the pathway. By doing this, the team cut off all escape routes for the cells and they were killed.

“Here, we found that intrinsic resistance to kinase inhibitors could be overcome by coercing kinase networks into pathways that are tolerant to drug sensitivity. By targeting LSD1 with a drug, we rewired the kinase network and left cancer cells unable to escape from treatment with the second drug, trametinib.”

The team used the same sequential treatment approach to treat blood cells collected from patients with acute myeloid leukaemia (AML) and found that the drug combination was effective at killing about 50 per cent of the AML samples.

Further experiments revealed that certain genetic changes and characteristics within the cancer cells influenced whether the cells were sensitive or resistant to the sequential treatment. These characteristics may represent biomarkers that could help to predict the subpopulation of patients more likely to respond to this kind of treatment.

Drug resistance is a major barrier in the treatment of cancer and is responsible for the majority of cancer deaths. Trametinib has showed limited efficacy against leukaemia in early phase clinical trials; however, this early-stage research has identified a way in which drug resistance to such kinase inhibitors may be reversed and potentially avoided.

“Instead of treating cancers with two or more drugs at the same time, as has been the main approach in previous research on drug combinations, our work suggests that sequential treatment with one inhibitor to create a new pathway dependency, followed by treatment with an inhibitor against the newly activated pathway may be an effective treatment strategy in leukaemia.”

The team hopes this approach may be able to be translated into the clinic in the future, to increase the efficacy of drugs that by themselves have not shown significant clinical benefit. The team is also keen to explore whether the findings can be applied to other cancer types in addition to leukaemia.