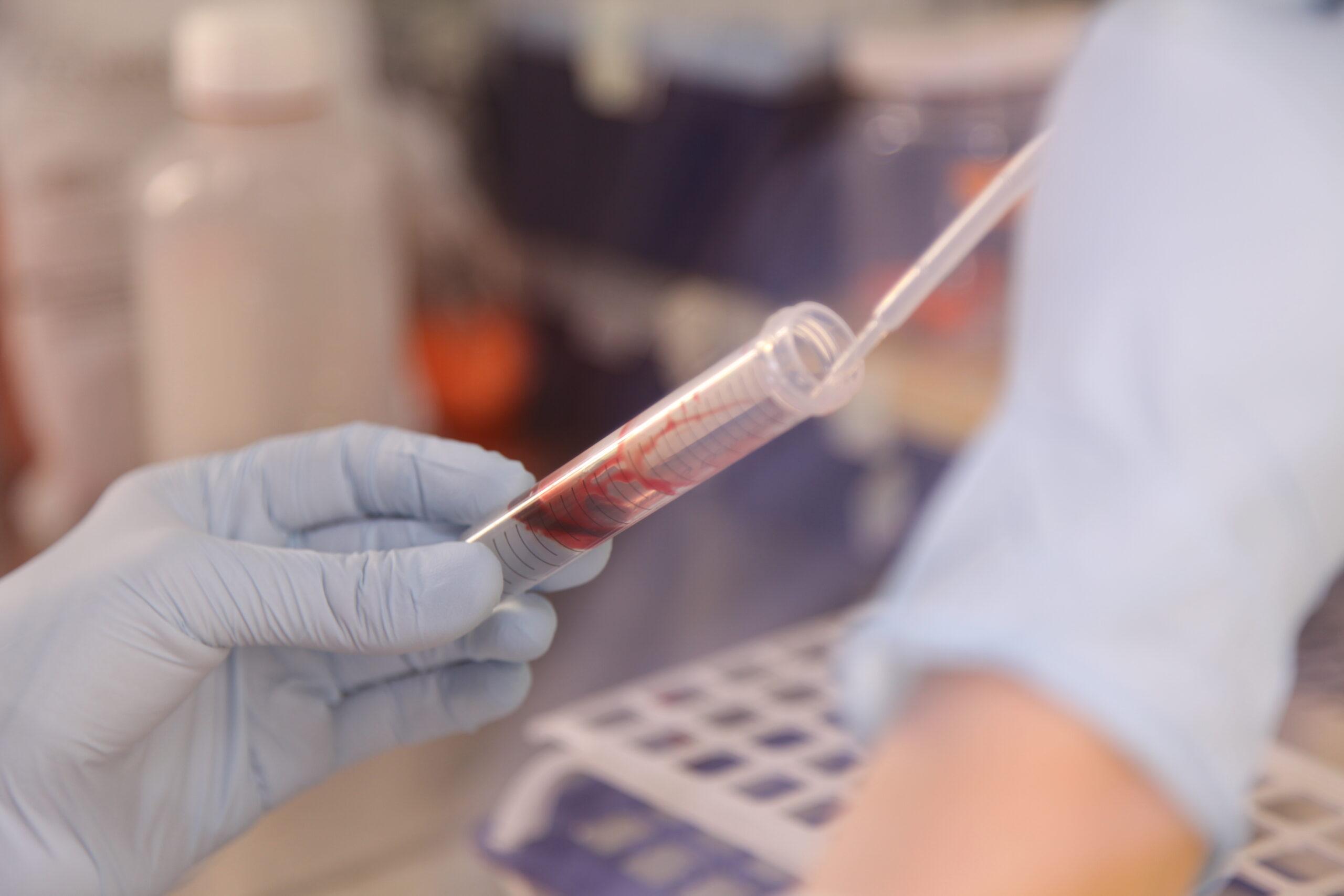 Researchers from Barts Cancer Institute (BCI) at Queen Mary University of London have found it is possible to identify and track genetic variations in the tumours of patients with pancreatic cancer using a simple blood test. The information gained from the blood tests could help to predict the course of disease in individual patients and tailor clinical decisions to each patient’s cancer.

Solid tumours shed fragments of their genetic material into the bloodstream, and this circulating tumour DNA (ctDNA) offers a minimally invasive approach to tumour sampling for cancer monitoring strategies. Although this approach has been successful in several cancer types, few studies have investigated its clinical potential in pancreatic cancer.

In the new study, the team of researchers found that by analysing ctDNA present in the blood of a small number of patients with pancreatic cancer, information could be gained about genetic variations linked to chemotherapy response, treatment resistance and disease relapse.

The research was published in BMC Cancer, and primarily funded by the charities Cancer Research UK and Pancreatic Cancer Action.

Tracking genetic changes over the course of a patient’s treatment

The team retrospectively analysed and sequenced ctDNA present in blood samples from seven patients with the most common type of pancreatic cancer (pancreatic ductal adenocarcinoma), collected at multiple time points over the course of treatment from diagnosis to final follow-up.

Unlike previous studies that have focused on tracking genetic mutations in only a handful of well-known cancer-associated genes from patients with operable cancer, the team analysed all of the genes found within the ctDNA of blood samples collected from three patients who had undergone surgical removal of their tumour, and four patients who had advanced inoperable cancer.

Their analyses revealed ctDNA alterations with potential to influence treatment decisions in all seven patients, including mutations in certain genes that could be predictive of response to platinum chemotherapy.

“As well as identifying known genetic changes in common cancer-associated genes, we also found several patient-specific genetic changes in new genes that could be tracked over time and whose concentrations fluctuated in response to treatment, reducing significantly after surgery, and at the start of chemotherapy.

“This proof-of-principle study highlights the potential of using blood tests to detect and track ctDNA variants in individual patients, which could help to guide precision medicine-based approaches tailored to each patient’s cancer.”

Currently, very few biological markers for monitoring pancreatic cancer exist; a blood protein called CA19-9 is the most commonly used pancreatic cancer marker in clinical practice. In patients with the longest follow-up period (over 2 years), the team found that the general concentration of ctDNA, as well as some specific tumour genetic changes in certain patients, mirrored the levels of CA19-9 found in the patient blood samples.

The samples used in the study were obtained from the Barts Pancreas Tissue Bank, which is funded by the medical research charity Pancreatic Cancer Research Fund (PCRF). From the patients with operable disease, tumour samples were also analysed and sequenced. Blood samples from three chronic pancreatitis and five healthy control cases were included for comparison.

A potential tool to monitor patients with inoperable cancer

Pancreatic cancer has the lowest survival rate of all the common cancers, with only approximately 7% of patients surviving for 5 years or more after diagnosis. Surgery is currently the only curative treatment for pancreatic cancer; however, up to 85% of patients are diagnosed too late to be eligible for surgery, and treatment options remain limited for these patients.

Sequencing of tumour DNA can help to identify variations within the genetic code that are driving the cancer, which may represent targets for treatment. Tumour samples for sequencing may be collected during surgery (in the small proportion of patients with operable cancer) or via biopsy. However, biopsies are not standard of care in the UK for patients with inoperable pancreatic cancer, and they only provide a snapshot of the mutations detected at a given time and location within the tumour.

This early-stage study highlights the potential of utilising ctDNA as a minimally invasive tool to determine the genetic profile of the cancer and to monitor the course of a patient’s disease over time, particularly when it is not possible to collect tissue samples from patients.

Dr Lavanya Sivapalan, postdoctoral researcher in the team at BCI and lead author on the study, said:

“In the future, we hope this work will lead to the development of a simple blood test than can be used to identify and track genetic variants in each patient’s tumour. This information could help predict the course of disease in individual patients, so clinical decisions could eventually be tailored to each patient’s personal risk profile. This would be particularly beneficial for patients with inoperable cancer.”