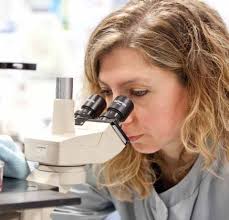 The focus of our lab is to study how inflammation, via modulating cellular metabolism, affects different aspects of cancer biology. In particular, we are interested in understating how obesity-associated inflammation rewires cellular metabolism, increasing the risk of breast cancer in obese women. We study (i) the initial phases of malignant transformation, (ii) the contribution of different immune cells (i.e. DCs and T cells) and (iii) drug resistance mechanisms.

Cellular metabolism supports every cellular function from proliferation to survival and differentiation. This is true for cancer cells, where alterations in metabolism have been described as hallmarks of cancer, but also in every cell type, including immune cells.

1. Investigating the effects of adipose tissue on the cell intrinsic metabolism of conventional dendritic cells

(Led by Robert Hearnden, in collaboration with MP Longhi - WHRI)

Conventional dendritic cells (cDCs) are crucial cell-mediators of immunity at the interface between the innate and adaptive immune systems. Both major subsets of cDC, cDC1 and cDC2, have important roles in promoting tolerance during the steady-state and inflammatory responses when challenged. As the immune system’s professional antigen presenting cells, cDCs occupy most tissues in the body, and can migrate through the lymphatics to promote the required immune response. This means that cDCs have a vast range of functional plasticity and are exposed to several metabolic environments within and between tissues. Even though each cDC cellular process is underpinned by cell intrinsic metabolism, very little is known about how different metabolic landscapes influence cDC metabolism and subsequently their function. Chronic inflammation within the adipose tissue (AT) during obesity has been proposed as a common process in the pathophysiology of obesity associated co-morbidities such as diabetes and cancer. AT cDCs have been shown to contribute to this development. In this project we use metabolic assays and metabolomic approaches in ex vivo and in vitro cDCs to show that AT cDCs are metabolically distinct from cDCs in other tissues.

Following up from the previous project, where we have demonstrated that the metabolism of cDC1 and cDC2 is differentially regulated to support their different functions, here we are investigating the metabolism of DC3 and its functional implications. Three subtypes of DC have been identified so far: (i) classical DC1 (cDC1) known for their ability to stimulate CD8+ T-cell responses; (ii) cDC2, activator of CD4+ T-cells and (iii) the recently identified DC3, that play a central role in tumour immune-surveillance by priming tissue-resident T-cells.

3. Phenocopying ATM loss via modulation of cellular metabolism to overcome resistance to the ATR inhibitor

(Led by Hannah Rouse, in collaboration with AZ)

AZD6738 is an ATR inhibitor (clinical trials - NCT03682289, NCT04564027, NCT03334617) that demonstrated a dose-dependent tumour growth inhibition when used as monotherapy mainly in ATM-deficient xenograft models, suggesting a role for ATM in inducing drug resistance. While this ascertains that in patients with ATM loss/mutations the drug is more effective, on the other side it also represents a major limitation to its utilization. Thus, understanding how ATM mediates resistance to an ATR inhibitor is of major interest. Our hypothesis is that metabolic changes linked to ATM deficiency lead to drug resistance.

4. Inhibiting the serine biosynthesis pathway to lower the risk of breast cancer in obese women

Chronic inflammation is the underlying cause of major pathologies and is considered the main factor responsible for higher risk of developing breast cancer in obese women. We have demonstrated that activation of the serine biosynthesis pathway (SBP) by IKKepsilon, a key mediator of the innate immune response and a breast cancer oncogene, is a causal link to malignant transformation (Xu R et al, EMBO Reports 2020 and Wilcz-Villega E EMBO Mol Med 2020). Importantly, both IKKepsilon and the SBP are upregulated in adipocytes in obesity. Here we will investigate the functional role of the SBP in adipocytes during obesity and its contribution to breast cancer development.

We also run the Barts and the London School of Medicine and Dentistry facility for metabolic flux analysis. Dr Valle Morales is our Mass Spectrometry specialist.

I obtained my PhD in Molecular Medicine (2006) in Ferrara, Italy, studying the role of mitochondrial signalling and metabolism in different pathophysiological conditions, under the supervision of Prof. Rosario Rizzuto. I then moved for a short postdoctoral period to the INSERM in Paris, to study the role of the mitochondria in hepatocellular tumour formation.

In 2007 I obtained a FEBS long-term postdoctoral fellowship to join the apoptosis laboratory at the Institute of Cancer Research, London, led by Prof. Pascal Meier. During my post-doctoral training, I focused on the family of protein IAPs (Inhibitor of Apoptosis) and their role in inflammation and cancer. As their name suggests, this family of proteins has a strong anti-apoptotic role and we studied their role in chemotherapy-induced death of cancer cells. Thus we identified the Ripoptosome, a newly described protein complex, which plays a crucial role in cell death induction, both via apoptosis and necroptosis.