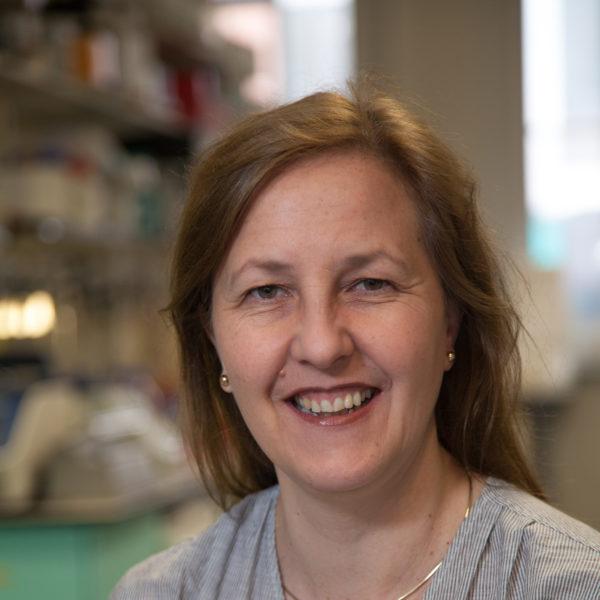 We study the role of growth factor receptor signalling and intracellular trafficking (movement inside cells) in tumour growth and metastasis in the view of improving cancer therapy.

Most solid cancers start as a small lump of abnormal cells (a tumour) that divide in an uncontrolled fashion. As primary tumours grow, some cancer cells can detach, move away and, eventually, colonise another part of the body. This aggressive process is called metastasis and is the major cause of cancer treatment failure and death. Our research focuses on understanding the mechanisms of molecule called c-Met in promoting this process of metastasis.

c-Met is overexpressed or mutated in a large number of tumours and has emerged as a major target for cancer therapy. c-Met is a tyrosine kinase receptor (RTK). Together with the protein that binds to it: its ligand, Hepatocyte Growth Factor (HGF), they are key players in tumour metastasis. They affect cell adhesion, migration, invasion, metalloproteinase activation and angiogenesis. Drugs against c-Met are being designed and some are being tested in patients in clinical trials.

Receptors such as c-Met are normally present at the surface of transformed cells in the tumour mass, where they transmit information (signals) from the outside to the inside of the cell in order to change its behaviour (divide/don’t divide; move/don’t move). However, receptors can enter cells (endocytosis) and recently have been found to transmit signals from within the cell. This is a new scientific concept that changes our understanding of how receptors function.

We study the signalling of c-Met in relation to its endosomal trafficking (how it is moved around the cell in vesicles) and the effects on tumour cell migration and invasion in vitro and in vivo. We use confocal microscopy, live imaging, biochemistry, trafficking / internalisation assays, functional assays, and in vivo tumorigenesis assays. We investigate the clinical relevance of our findings on patient samples through collaboration with clinicians. We work on breast, pancreatic, lung and ovarian cancer. We have reported that c-Met mutants found in cancer patients are oncogenic not only because they are highly activated but also because they signal on endosomes. We have shown that c-Met transmit distinct signalling pathways from different endosomes including a novel endosome we recently discovered, the “Autophagy Related Endomembrane”.

We anticipate that a better understanding of the molecular biology of intracellular c-Met will lead to improved cancer treatment.

The role of PI3K in Met driven cancer: A recap Hervieu A, Kermorgant S Frontiers in Molecular Biosciences (2018) 5(7)

I completed my PhD with Dr. Thérèse Lehy at the French National Institute of Health and Medicine (INSERM) and Paris VII University, France, in 1999.

Between 2000 and 2005, I performed postdoctoral studies with Professor Peter J Parker at the Cancer Research UK London Research Institute.

I joined the Centre for Tumour Biology at the Barts Cancer Institute in May 2005, as a Lecturer. Thanks to a “Medical Research Council New Investigator Award” and funding from the “Barts and the London Charitable Foundation”, I set up my research group “Spatial Signalling”, which is investigating the role of growth factor receptor signalling and trafficking in tumour metastasis.