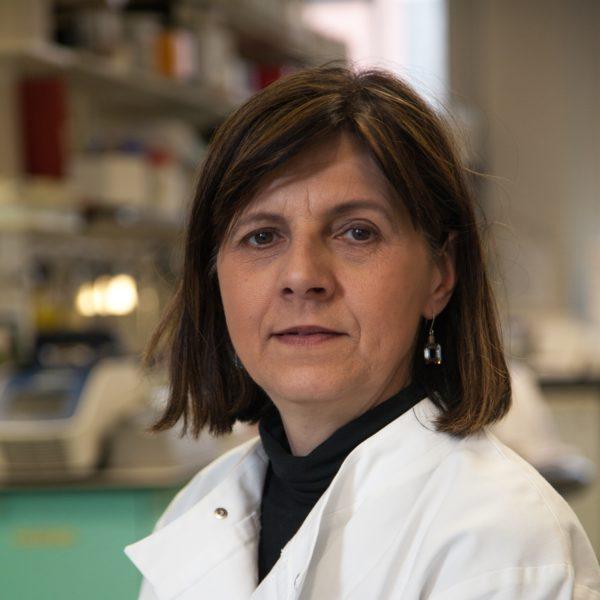 Professor of Molecular Pathology and Biomarkers

My research focuses on molecular pathology of pancreatic cancer, in particular its development and progression. We are using this knowledge to develop biomarkers for early, non-invasive detection of this malignancy in urine specimens.

A combination of urinary biomarker panel and PancRISK score for earlier detection of pancreatic cancer: A case-control study. PLOS Medicine (2020) In press

Pancreatic ductal adenocarcinoma (PDAC) has been deemed a ‘silent killer’, as it is asymptomatic at an early stage; more than 80% of patients therefore present with already disseminated disease, when curative surgery is not possible any more. Current treatments for such patients are largely inefficient, and their median survival is only 3-6 months. Overall five-year survival for pancreatic cancer patients is less than 5%.

We have therefore set ourselves a goal of making a difference for pancreatic cancer patients by developing a non-invasive test for early detection of PDAC.

This is based on a thorough understanding of developmental biology of this malignancy, stemming from analysis of the most common precursor lesions, PanINs, as a key source of potential early disease markers (PLOS One, 2013).

In addition, we performed an in-depth analysis of easily obtainable biofluid, urine (Proteom Clin Appl, 2008), and have recently described a panel of three protein biomarkers that can detect stage I-II PDAC with >90% accuracy (Clin Cancer Res, 2015).

We have recently further validated this urinary biomarker panel in additional retrospectively collected samples, and developed a PancRISK score that enables us to stratify the patients into the ones with high or normal risk of developing pancreatic cancer. In addition, standardised LDT assays for the 3 biomarkers are currently being developed by 3rd Street Diagnostics, Cedars Sinai Medical Centre, LA and the affiliated CLIA/CAP ResearchDx laboratory at Irvine, CA. This is critical for evaluation of the biomarkers and PancRISK score further within a large prospective clinical study, UroPanc.

In addition to proteins, we have also profiled miRNAs (Am J Cancer Res, 2015) and  volatile organic compounds in urine (Gastroenterology, 2018), and have recently started interrogating the utility of urinary ctDNA for mutation detection using ddPCR. Our final goal is to develop a highly accurate, multiomics-based ‘combo’, non-invasive test for early detection of pancreatic cancer.  This, we believe, will make a true impact on currently exceptionally poor prognosis of pancreatic cancer patients.

In addition to biomarker work, we are also interested in understanding the roles of two proteins, AGR2 and S100P (and its binding partner S100PBP), in pancreatic cancer. Both of these proteins are highly expressed in PanINs, primary PDACs and metastatic lesions, and also facilitate dissemination of pancreatic cancer cells both in vitro and in vivo (J Pathol 2003; Cancer Res, 2007; Cancer Res, 2011; Clin Exp Metastasis, 2013; Oncogene, 2017), and are therefore potentially promising therapeutic targets.

Finally, we have recently started studying EOPC – early onset pancreatic cancer, in order to decipher why this subgroup of patients is developing PDAC when they are around 20 years younger than the ‘classical’ PDAC patient population. Epidemiology and pathobiology of this poorly studied patient group is ongoing.

I obtained the MBBS degree and completed an MD thesis at the Medical Faculty, University of Zagreb in Croatia, and my PhD at the Imperial College School of Medicine in London. After a postdoctoral experience in molecular biology at CNRS in Toulouse, France and molecular oncology at CRUK laboratory at Hammersmith Hospital, London, I joined Barts Cancer Institute in November 2004.

In 2006 I was awarded a Postgraduate Certificate in Academic Practice (PGCAP) and became a Fellow of the Higher Education Academy in 2009.