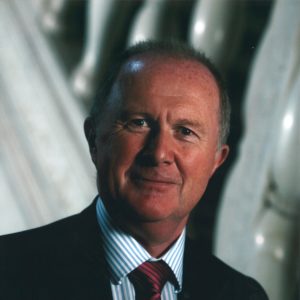 My main research interests include how malignant cancers are able to invade, spread and metastasise and my research programmes aimed to understand better: How tumour cells progress and spread throughout the body; How stromal cell modification of metastatic spread can occur; How cytoadhesion, both cell-to-cell and cell-to-substrate, impacts upon cancer cell invasion and tumour dissemination.

I am Emeritus Professor of Tumour Biology at Barts Cancer Institute, Queen Mary University of London.

Qualifying as a Veterinary Surgeon in 1972, I worked in mixed practice for 1 year before gaining a PhD in Veterinary Pathology in 1976. I then worked in the USA, returned to head a laboratory at the ICR, joined King's College London as "Richard Dimbleby Professor of Cancer Research" and then moved to Barts and The London School of Medicine & Dentistry.

Among stints on several grants panels and committees, I became Chairman of Cancer Research UK's Biological Sciences Funding Committee in April 2008. My research interests settled on how malignant cancers are able to metastasise.

Life at the BCI

My time at Barts saw me rekindle my excitement for research which had been blunted by 10 years on another campus where I felt isolated and unstimulated. Coming to Charterhouse Square was the best thing that could have happened for my last decade as an active investigator.

I enjoyed every single moment of the stimulating environment and have nothing but fond memories of the fantastic Centre I was honoured to lead.

The real highlights have come after my retirement and have been in watching the outstanding achievements and successes of so many of the individuals I recruited to Tumour Biology; these excellent researchers not only have gone from strength-to-strength but serve as exemplary role models for the present wave of young researchers throughout the Institute.