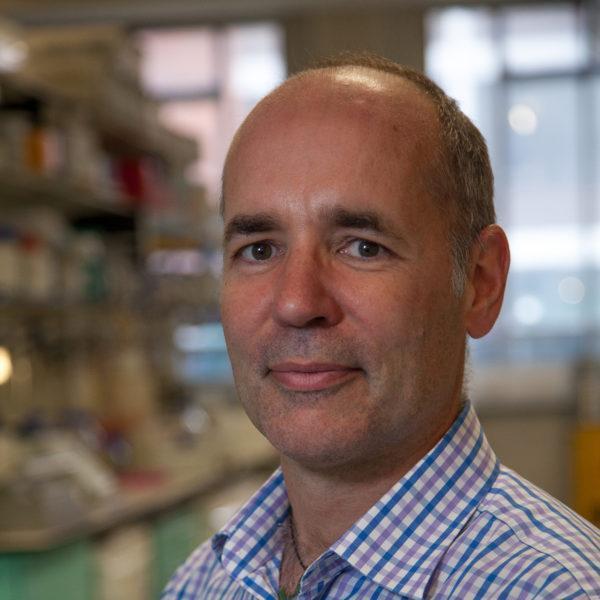 We are interested in how cancer cells interact with each other and the microenvironment. We investigate how cancer cell communication with neighbouring stromal cells and the extracellular matrix can impact on invasion and response to targeted therapies, to try to block cancer progression, with a particular focus on breast and pancreatic cancer.

Receptor Tyrosine Kinase (RTK) signalling can be a positive driving force for cell proliferation, survival and migration but it is kept under tight control via feedback loops. In cancer, these controls can be bypassed by a variety of mechanisms and we are investigating how this happens.

We focus on breast and pancreatic cancer, using 2-D and 3-D cell-based models to investigate how cellular behaviour changes when cell signalling is altered. We collaborate with clinical colleagues to determine the translational significance of our findings through analysis of patient samples.

3D modelling fulfils a critical role in research, allowing for complex cell behaviour and interactions to be studied in physiomimetic conditions. We have used the Breast Cancer Now Tissue Bank, an invaluable resource of primary cells isolated directly from patients, to interrogate the interactions between myoepithelial and luminal cells in 3D using collagen gels. Using lentiviral transduction of isolated cells, we have developed a model that allows us to study early events in breast cancer development, to help understand how breast cancer progresses, with the ultimate aim of improving early diagnosis and treatment.

We have a number of projects investigating protease dependent activities, proteomic approaches to understanding cross-talk, impact of the innate immune system and RTK crosstalk with cannabinoid receptors.

Using advanced 3D cell based models we have identified a number of exciting new pathways implicated in stromal-led invasion in pancreatic cancer. We are investigating protease dependent activities, RTK-mediated pathways and purinergic signalling to identify novel biomarkers of disease progression and new targets for therapeutic intervention.

We have discovered that, rather than signalling from the cell surface or within endosomes, FGFRs can be proteolytically cleaved following activation and that the cytoplasmic portion of the receptor can traffic to the nucleus and regulate gene transcription. We have identified this behaviour in invasive breast cancer cells both in vitro and in vivo. We have shown that nuclear FGFR signalling is a critical mediator of cancer-stroma cross-talk in pancreatic cancer, and we are exploring the therapeutic potential of FGFR inhibition in blocking pancreatic cancer progression.

Biological significance and targeting of the fgfr axis in cancer Chioni AM, Grose RP Cancers (2021) 13(7)