The Cancer Research UK (CRUK) Barts Centre aims to transform the lives of those with and at risk of cancer through innovative basic, translational, clinical and population-based research into various cancer types. We are committed to not only making our research cutting-edge but importantly both relevant and accessible. To achieve this, we believe in an active partnership between the researchers and the patient, carers and the public.

Why is PPI involvement important in research?

Our PPI research advisory group brings together researchers from within the CRUK Barts Centre with PPI advocates who have an interest in cancer research. Our PPI advocates provide invaluable contributions by bringing alternative perspectives and ideas to those of the academic researchers, to improve different aspects of the research that we conduct here at the CRUK Barts Centre. The input of our PPI research advisory group ensures that our research is designed and delivered with the patients in mind, and provides a vehicle to raise further awareness of the importance of research. 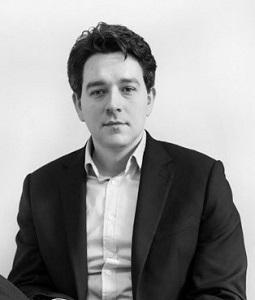 Many of Daniel’s immediate and extended family have lost their lives to cancer. Daniel would like to do his part to help progress cancer treatment and to make the patient experience better. 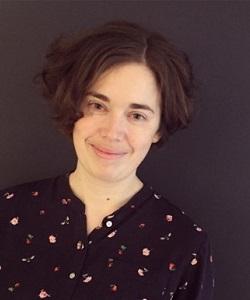 Rachel Cunningham is an arts events and marketing specialist, running a small consultancy, ‘Project Spotter,’ from her home in East Sussex. She was diagnosed with Non-Hodgkin lymphoma in November 2017, after a nurse found an abnormal lump in her spleen while she was having an ultrasound scan. Rachel undertook 7 months of chemotherapy, and was found to have a complete metabolic response. She is currently under ‘watch and wait’ care with Eastbourne District Hospital.

Rachel wanted to use her cancer experience for something positive, and felt that her communication skills and knowledge in the field of marketing could prove useful in the role.

Triin was diagnosed with lymphoma at the age of 15. Treatment for lymphoma was likely to be a factor for her subsequent encounters with thyroid cancer as well as meningioma. Cancer has also affected her life in other ways as many of her close family members have been the recipients of a cancer diagnosis. Triin is passionate about research and is keen to contribute in any way she can to improve cancer prevention, treatment and find out more about the long-term effects of cancer treatment.

Triin believes the confidence we can have in research evidence is only as good as the research design, methods and data behind it. Triin is keen to help with everything she can from a patient’s perspective to ensure that researchers can generate the best possible evidence to tackle cancer from multiple perspectives. 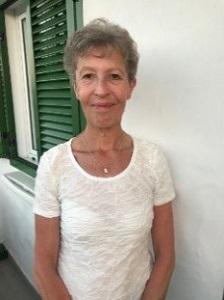 Celia is a Registered Nurse, with experience in caring for patients with cancer at all levels of the disease, from diagnosis, through to treatment and palliative care. Celia was diagnosed with breast cancer in October 2015, for which she received surgery, chemotherapy and radiotherapy.

The experience made Celia realise the importance of research, particularly into cancers of unmet need such a triple negative breast cancer, to enable more targeted cancer treatments with a view to eliminating the often disabling side effects.

Celia believes it is essential that patients understand the importance of research to enable the advancement of cancer treatment, and feels that she is in the ideal position to help to bridge the gap between research and the practicalities that patients are encountering on a daily basis when they have been given a cancer diagnosis. 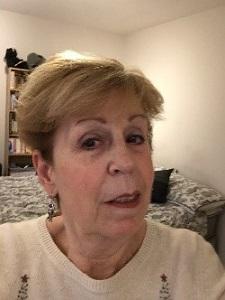 After developing breast cancer in April 2008 and going through the treatment, Clare wanted to know more about the disease, the research and treatments available.

Clare took part in a trial at the time and since then has been very interested in cancer research. Friends and family of Clare have developed different types of cancer over the last few years, which has increased her interest in this area.

Although Clare’s treatment was over 10 years ago, she is still interested in the treatment of cancer as more and more people seem to be developing the disease.

Rita is a Social Science Graduate who chose a career in Local Government, specifically Housing.  After early retirement, Rita started work as a volunteer with Shelter, which led to her finding herself in the Court arguing against the new incumbent of her previous position.

Rita gave up work when her husband was diagnosed with multiple myeloma, to which he lost his life in  2009. Since then, Rita has been diagnosed with bowel cancer, and after surgery she decided not to pursue the normal path of chemotherapy/radiotherapy.  So far (four and a half years later) Rita’s choice seems to have been successful.

Until Rita’s recent experiences with cancer, she was like many other members of the public who only have to think about cancer if / when it affects them. Rita believes she will be able to contribute to the PPI advisory panel because of her unfortunate experience, but also because she is interested in the research being undertaken that may benefit future generations.

David is a writer and consultant with a background in journalism. He was diagnosed with chronic lymphocytic leukaemia / small lymphocytic lymphoma nearly 10 years ago. It has had a limited impact on his life apart from two episodes of pneumonia, presumably as a response to the chemotherapy. The emotional consequences of living with uncertainty have been considerable for David. David is considering writing a book about his experience of living with cancer, and he writes an occasional blog www.alivewithcancer.com.

David joined the PPI advisory panel as he wants to help in any way that he can, and would also like to learn more about cancer to inform his book.

If you have questions or would like to be involved as a PPI advocate, please contact bci-admin@qmul.ac.uk.