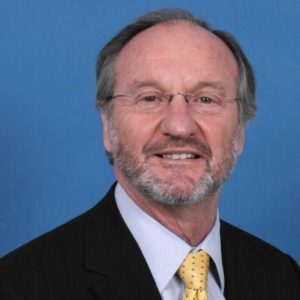 Professor Reznek’s main interests are in cancer imaging and imaging of endocrine disease. He is currently Professor Emeritus at the Barts Cancer Institute in Queen Mary University of London.

Professor Rodney Reznek graduated from the University of Cape Town with Honours in the second professional exam in 1972. After obtaining the MRCP in 1975, he trained in Radiology at St Bartholomew’s, London becoming a Fellow of the RCR in 1980. In 1982/3 he worked as Assistant Professor in Radiology at the University of California, San Diego before taking up a consultant post at St Bartholomew’s Hospital, London where he was awarded a personal chair in 1996. In 2011 Professor Reznek obtained an MA in History, qualifying with Distinction. Since 2012 he has been doing postgraduate research towards a PhD in History.

Professor Reznek has authored/co-authored more than 300 publications of which more than 195 are in scientific peer-reviewed journals. He has been Editor of Clinical Radiology, Section Editor (CT) of European Radiology, Editor-in-Chief of Cancer Imaging and on the Editorial Board of two other journals. With Professor Dame Janet Husband he has co-edited three editions of the benchmark textbook Imaging in Oncology and was the series editor of Contemporary Issues in Cancer Imaging – A Multidisciplinary Approach.

He has held Visiting Professorships in several countries including Australia, South Africa, China, Poland, Ireland and Pakistan. He has served in The Royal College of Radiologists in many capacities including Chairman of the Scientific Programme Committee, the Research Committee, elected member of the Education Board, an ex-officio member of the Faculty Board, Regional Education Adviser, Examiner for the FRCR (Part 1) and a Member of Council. He was one of the two founding members (with Professor Dame Janet Husband) of the International Cancer Imaging Society and is a Past-President of the Society. He was Chairman of the Scientific Papers Committee for the European Congress of Radiology for 2009 and is Chairman of the Oncology Subcommittee for the European Congress of Radiology for 2012.

He has been awarded Honorary Fellowship of the Royal Australian and New Zealand College of Radiologists, Honorary Fellowship of the Faculty of Radiology in the Royal College of Surgeons in Ireland, and Honorary Membership of the European Society for Therapeutic Radiology and Oncology for services to Cancer Imaging, and was the President of the UK Radiological Congress in 2006/7. He was awarded The Royal College of Radiologists' President's Medal in 2008 for his "outstanding contribution to scientific education and radiology internationally" and in 2010 received the International Cancer Imaging Society's Gold Medal "in recognition of his exceptional contributions and pioneering work in oncological radiology as well as his long commitment to the International Cancer Imaging Society".