The 8th March is International Women’s Day. At Barts Cancer Institute (BCI), Queen Mary University of London, we have inspirational women at all levels of their academic journeys. We recently spoke to some of them to find out more about them, their roles and their inspirations. 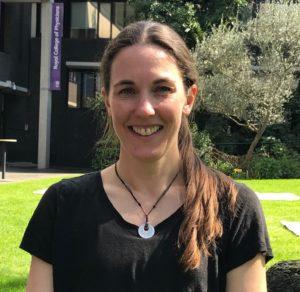 Rifca is a part-time Clinical Senior Lecturer and Honorary Consultant in Haemato-Oncology. With three children to manage, Rifca changed from a research to a teaching contract with Queen Mary as there was a need for someone to take on undergraduate teaching.

Rifca is now module lead for three undergraduate biomedical science modules and Cancer Theme Lead for the MBBS programme. Over the course of 3 academic years, one of her third year modules has gone from bottom to top of the student feedback, and one of the others ranks at number 2.

Rifca is a passionate advocate for the right to work flexibly and believes she would not still be working in medicine were it not for her ability to work in this way. She is proud to also have the role of Champion of Flexible Working at Barts Health which requires her to support trainee doctors who are working less-than-full-time and promote culture change on flexible working within the NHS.

If someone had told me 20 years ago where I would be now, I would not have believed them. I was convinced then I would have a significant clinical research role almost certainly full-time. However, my life’s journey has changed my outlook and, after some years of struggle, I now have what I feel is my perfect job.

I have such huge variety through my week and each part gives me immense satisfaction: the student that tells me Cancer Week has been the best part of their undergraduate experience to date; the patient who I have come to know through 6 months of treatment hugging me when they find out they are in remission; the junior doctor thanking me for being their voice to ensure their department is fulfilling their responsibilities. I feel incredibly lucky.

I have some local role models I would like to applaud: Professor Lucinda Hall, the Deputy Dean for Education (Undergraduate Science Studies) went above and beyond anything I could possibly have expected to provide her support to me as I struggled with contract negotiations. Without her backing, I wouldn't be here; Professor Jayne Dennis, Biomedical Sciences Programme Director has been transformative since taking up her position 2 years ago – she has connected with her teaching staff and inspired them in a really impressive way; our own Professor Fran Balkwill whose legacy of Centre of Cell and its wide-reaching impact on the way children see science is utterly awe-inspiring.

I was recently the recipient of a TimeWise Power 50 award which ‘celebrates 50 senior role models who are brilliant at flexible working.' I am not certain I am ‘brilliant’ at flexible working but it feels a huge achievement to be recognised as such. When I was looking for my consultant post, there were no flexible working role models. I hope this award means that others will now be able to see what I have done and be inspired to push to work in the way that suits them and be persuaded that it does not have to be a barrier to success. 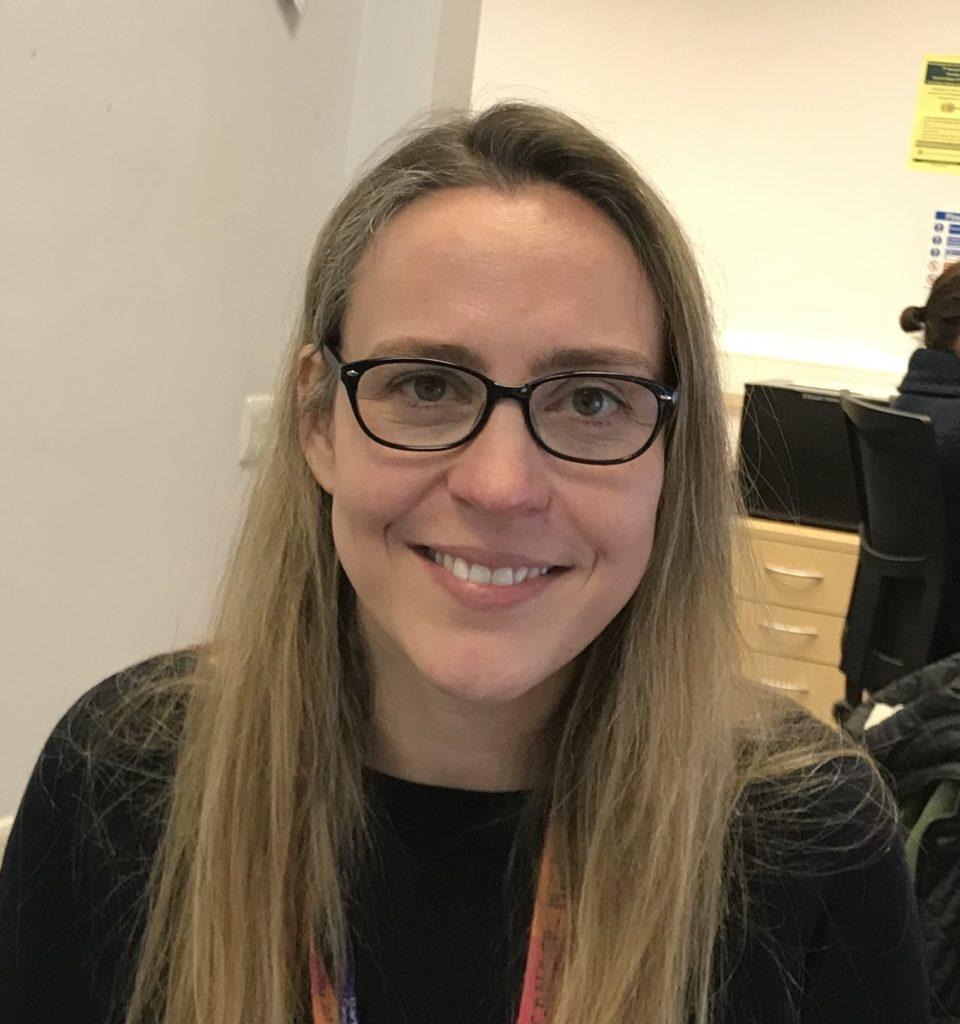 is a Bioinformatician in Professor Claude Chelala's group. Emanuela got to her position today through a series of happenstances. Her first degree was in human nutrition, however she realised that she did not want to make a career out of this, so Emanuela then undertook a BSc in forensic science. She found forensics to be a fascinating field and was convinced that she would have a career as a forensic scientist. She was then accepted for an MSc in forensic genetics at Birmingham University. Unfortunately, the course was withdrawn at the last minute and she was offered a place to study for an MSc in computational science, which she didn’t accept.

Emanuela then decided to pursue an MSc in Molecular Pathology and Genomics at Queen Mary, this changed everything for her. In her second semester she could not decide between haemato-oncology and bioinformatics as her elective module. Unable to decide between the electives, she flipped a coin and ended up studying bioinformatics. The module, run by Professor Chelala, sparked a lifelong interest in analysing big data programmatically. After attaining her MSc, Emanuela joined Professor Chelala's team, where she has been a member for the last 11 years.

What inspired you to pursue a career in cancer research?

During my MSc, I met the two researchers that would guide my future choices: Professor Claude Chelala and Professor Louise Jones. They both lectured with a passion for their respective fields and made me discover my passion for data science and health informatics in cancer. I think it’s amazing that I now work so closely with the two scientists to whom I owe my thanks for helping me finally find my field of research.

I love working in cancer research. The job is dynamic, with every day bringing new challenges and opportunities. What’s more, the feeling that what I do could help make a difference to peoples’ lives gives me a great sense of achievement.

I don’t think that I would have thrived in cancer research were it not for the supporting and encouraging environment of the Bioinformatics Unit and Queen Mary. The team is made up of a wonderful group of people with a range of personalities and academic backgrounds. They almost feel like a second family.

Without giving away my age, let’s just say that gender-associated roles were still quite prevalent when I was growing up. I met Helen Sharman as part of a school trip when I was young and was blown away by this confident scientist. As a female astronaut in a previously male-dominated field, she gave me the impression that I could do anything and succeed in science.

Even though not a woman, my father was a huge influence in me perusing the sciences. He was an electronic engineer who gave me practical experience in science and technology. He would tell me that my gender should never hold me back from doing what I want in life. By the age of eight, he’d taught me how to replace electrical cords and plugs, construct simple circuits, make a binary clock and jump start a car, all things that, at the time, were defined as “male” skills.

By the time I was a teenager, I realised that science was not just a boys’ club, despite how it may have appeared, and that I shouldn’t let anything hold me back from trying new things.

I am very proud to be able to pass on my love of science to the next generation of scientists. Our group has taken part in many public engagement activities, for instance, the Great Ormond Street BRC Family Fun Day was an amazing opportunity to dispel common myths that persist in science, and to emphasise how the curious mind is paramount in discovery. I also regularly hold science days at home for my young son and his friends, complementing the education they receive at primary school. 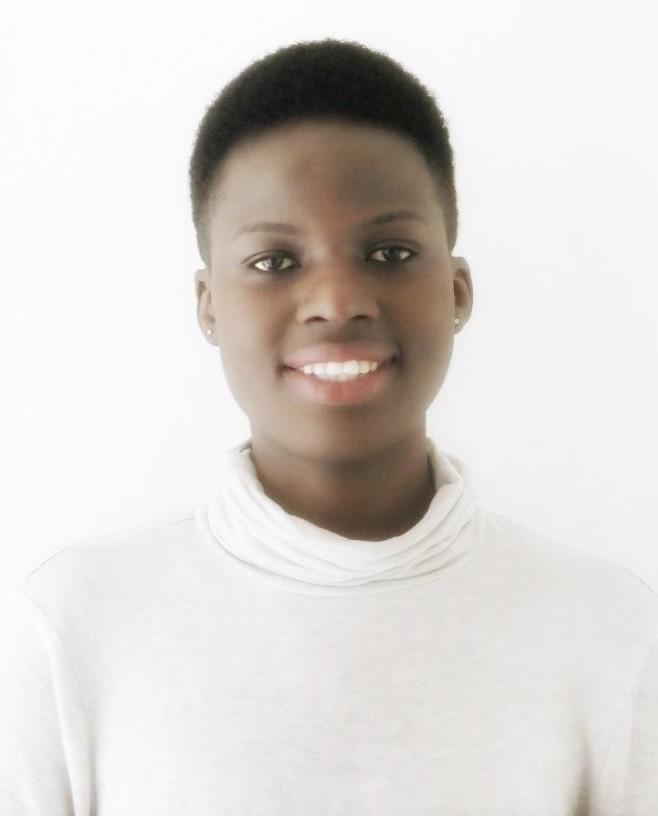 Sheila obtained a BSc in Anatomical Sciences with Industrial Experience at the University of Manchester and an MSc in Cancer & Molecular and Cellular Biology at the BCI, Queen Mary. Sheila is now a student on the Medical Research Council Doctoral Training Partnership Programme and is currently undertaking her PhD which is looking at characterising disease associated long non-coding RNAs in high grade serous ovarian cancer.

What inspired you to pursue your studies in cancer research?

Whilst contemplating my next career move post-BSc, I was placed on the Chemotherapy Day Unit at Barts Hospital in the role of a Nursing Assistant. I was fascinated by the science so much that I used up all my study days for that year in three months.

What I like most is having the opportunity to work alongside a fantastic team with great supervision, whilst being able to take ownership of my work, with increasing responsibility each year.

I must admit that throughout my education and career I never had a female role model. Having spent a considerable amount of time researching British female scientists and in particular British BAME female scientists, it is worrying to see the small numbers of female and BAME representatives in this field that I would naturally look up to and emulate. Nevertheless, a couple of examples are Ada Lovelace and Maggie Aderin-Pocock.

Being the Queen Mary Ximbassador for Cancer Research UK, Ximbio. In this role, I engaged academic researchers within Queen Mary to identify and assist in disclosing novel Life Science reagents, for commercial use at Ximbio. I was thrilled to have been exposed to and directly involved in the varied translational work being carried out across the University. 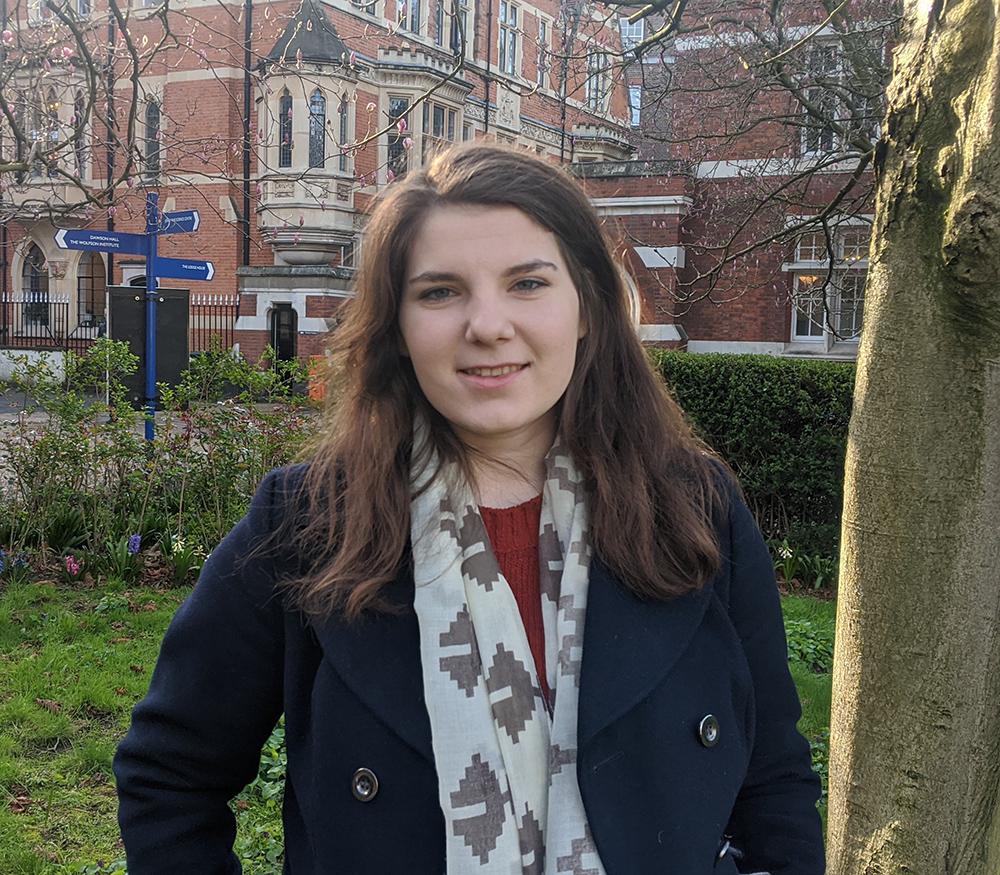 Kathrine is currently taking a year out of her medical degree at Barts and The London to intercalate in the MSc Cancer & Clinical Oncology course at the BCI.

What inspired you to take a year out of your medical degree to undertake a Masters in cancer research?

Over the course of my medical degree, I have had some exposure to oncology and have discovered my interest in this field. A summer research placement in Professor Jude Fitzgibbon’s group in the Centre of Haemato-Oncology at the BCI in 2017 solidified my interest in cancer research and I have been interested in pursuing a career in medical oncology ever since.

Within the Masters course, I most enjoy the flexible, independent learning style that we are encouraged to adopt. The lectures convey fundamental principles but also introduce compelling novel concepts that one may choose to elaborate on in coursework. A diverse range of topics is covered to provide a well-rounded education while this variety also preserves student interest. I have enjoyed learning about my coursework topics in greater depth and I am very pleased with the skills that I have acquired so far.

The first that come to mind would be distinguished scientists such as Marie Sklodowska Curie or Rosalind Franklin. But really, on a more practical level, I think I’ve learned much more from all the women scientists that I have interacted with over the years. From PhD students to post docs, medical doctors, group leaders, mentors, and professors, I have been privileged enough to work with some extraordinary people that have taught me so much of what a career in science entails and how to overcome the challenges within it. In their own unique way, these individuals have inspired me to pursue a career as a clinical scientist and become actively involved in cancer research.

I am quite proud of my increasing involvement in research over the last year as I have slowly become more independent in pursuing my own project ideas. Working in a clinical trials team at Barts Hospital, I have contributed to an abstract on using artificial intelligence to predict primary renal cell carcinoma metastasis. I hope to attend the annual American Society of Clinical Oncology meeting this year where our project will be presented.