Posted on 28th September 2021 by bwarman

Mapping the emergence of treatment resistance in leukaemia 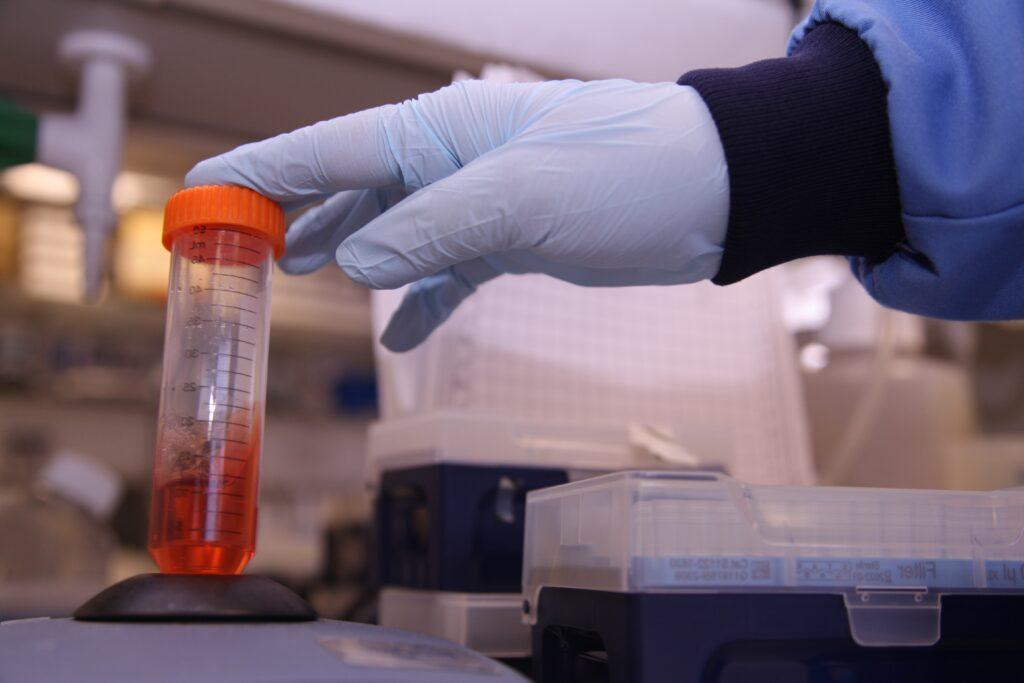 Research led by Barts Cancer Institute (BCI), Queen Mary University of London, has identified a new role for a group of cells called adipocytes in contributing to treatment resistance in a type of leukaemia. Published recently in Nature Communications, the findings broaden the understanding of resistance pathways in blood cancer cells, which is critical for developing novel treatment strategies to improve outcomes for people with leukaemia.

Acute lymphoblastic leukaemia (ALL) is a type of blood cancer that affects white blood cells known as lymphocytes. ALL is diagnosed in approximately 800 people in the UK each year and although initial treatment with chemotherapy is often successful, over 50% of adults relapse (or see the return of their cancer) following remission. Relapse is driven by resistant leukaemia cells that have been left behind after treatment; a major aim in adult ALL is therefore to uncover the mechanisms that drive the persistence of these cells.

In this study, a team of researchers from BCI set out to map the emergence of treatment-resistant ALL cells, focusing specifically on the bone marrow microenvironment (BMM) - the cells, molecules and structures within the bone marrow that regulate and support the production of blood cells.

Using cell lines and pre-clinical models to explore the activity of adipocytes within the BMM, the team observed that the adipocytes that emerge during treatment re-programme ALL cells, forcing them to halt their protein production, pause cellular functions and stop growing. In this dormant or ‘quiescent’ state, ALL cells have an increased capacity to resist stress, aiding their survival during chemotherapy.

“Sadly, the outcome for adults with acute lymphoblastic leukaemia treated with multi-agent chemotherapy remains unsatisfactory. In this study, we have demonstrated a previously unknown capacity for bone marrow adipocytes in contributing to treatment resistance in ALL, via a unique restrictive effect on ALL cell protein production.”

Re-sensitising ALL cells to chemotherapy

The interactions between adipocytes and ALL cells in the BMM may represent pathways that can be targeted to combat treatment resistance. In further experiments using cell lines, the team treated ALL cells with a drug that re-activates protein production and subsequently exposed the cells to chemotherapy. This treatment combination reduced the protective effects of adipocytes on the ALL cells, and the same outcome was also achieved by disrupting the physical contact between the two cell types.

“Our findings highlight two cogent strategies that can be targeted to counteract the effects of adipocytes on ALL cells. By manipulating the interactions between adipocytes and ALL cells it may be possible to restrict the emergence of resistant cells, and we hope our research will provide a robust platform for devising strategies that ensure more durable remissions for patients in the future.”