Some leukaemia patients may be missing out on new treatments 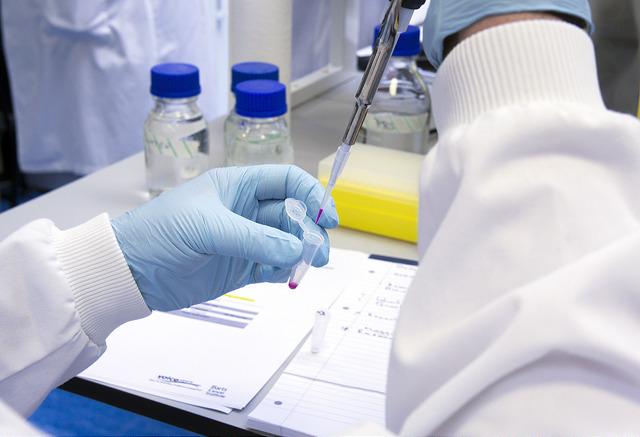 Patients with an aggressive form of leukaemia, currently ineligible for any type of targeted therapy, may in fact benefit from new drugs, according to new research by Barts Cancer Institute at Queen Mary University of London.

One such drug, named midostaurin, was recently approved by the US Food and Drug Administration to treat this type of leukaemia, but only patients who show mutations on a gene named FLT3 are eligible for treatment.

By analysing cell samples from 36 patients with acute myeloid leukaemia (AML), the research team unexpectedly found that mutations on FLT3 were not a good predictor of whether or not the drug would be beneficial to a patient. Instead, they found that protein markers were able to identify which patients would respond to the drug with much greater accuracy.

The results suggest that an increased number of patients could benefit from the drug, and some of those deemed ineligible by current criteria may be losing out.

The importance of protein markers

Currently about 30 per cent of AML patients are eligible for midostaurin, and about 50 per cent of those benefit. With our markers we expect the number of patients treated would double.

“Although our study focused on a type of leukaemia, the realisation that protein markers are better predictors of responses than genetic alterations is likely to have implications for the development of personalised therapies for other cancer types.”

The findings of the research, published in the Nature journal Leukemia, provide new insights into why some patients respond to new cancer drugs and why others are resistant.

Understanding these responses at a molecular level can help scientists and clinicians working alongside each other to more efficiently predict which drug may be appropriate to treat each individual patient – the ultimate goal of personalised medicine.

Genetic alterations are a hallmark of cancer, where errors in the DNA code often allow malignant cells to become addicted to particular cellular pathways in order to rapidly divide, grow and spread.

But the current study finds that genetic alterations or mutations alone do not represent ideal predictors of drug response as previously thought.

Markers of activity for kinases – a group of proteins involved in cancer progression – predicted responses to midostaurin and other new targeted cancer drugs with higher accuracy – identifying an increase in the number of patients to potentially benefit from these drugs.

Dr Pedro Cutillas added: “This study opens new opportunities in the field of personalised medicine. We expect that this work will eventually lead to treatments tailored to the patient’s tumour, so that less time and money is wasted with treatments that are not expected to work, saving funding for the NHS and benefiting patients with better treatments.”

Dr Francesca Gliubich, Director of Grants at Barts Charity, which funded the majority of the work, commented: “This breakthrough from Dr Cutillas highlights the capacity of precision medicine to maximise patient outcomes and reduce the time to identify the most appropriate treatment. We’re delighted to support projects such as these that have the potential to make a significant step change in healthcare.”

The study was also funded by Cancer Research UK and the Biotechnology and the Biological Sciences Research Council.