Research led by the Barts Cancer Institute (BCI), Queen Mary University of London, has revealed that mouse models of the most common and deadly form of ovarian cancer, high-grade serous ovarian cancer (HGSOC), can effectively replicate the disease in humans. These models provide useful pre-clinical tools that may help to determine which patients are likely to respond to particular treatments.

The importance of pre-clinical models of cancer 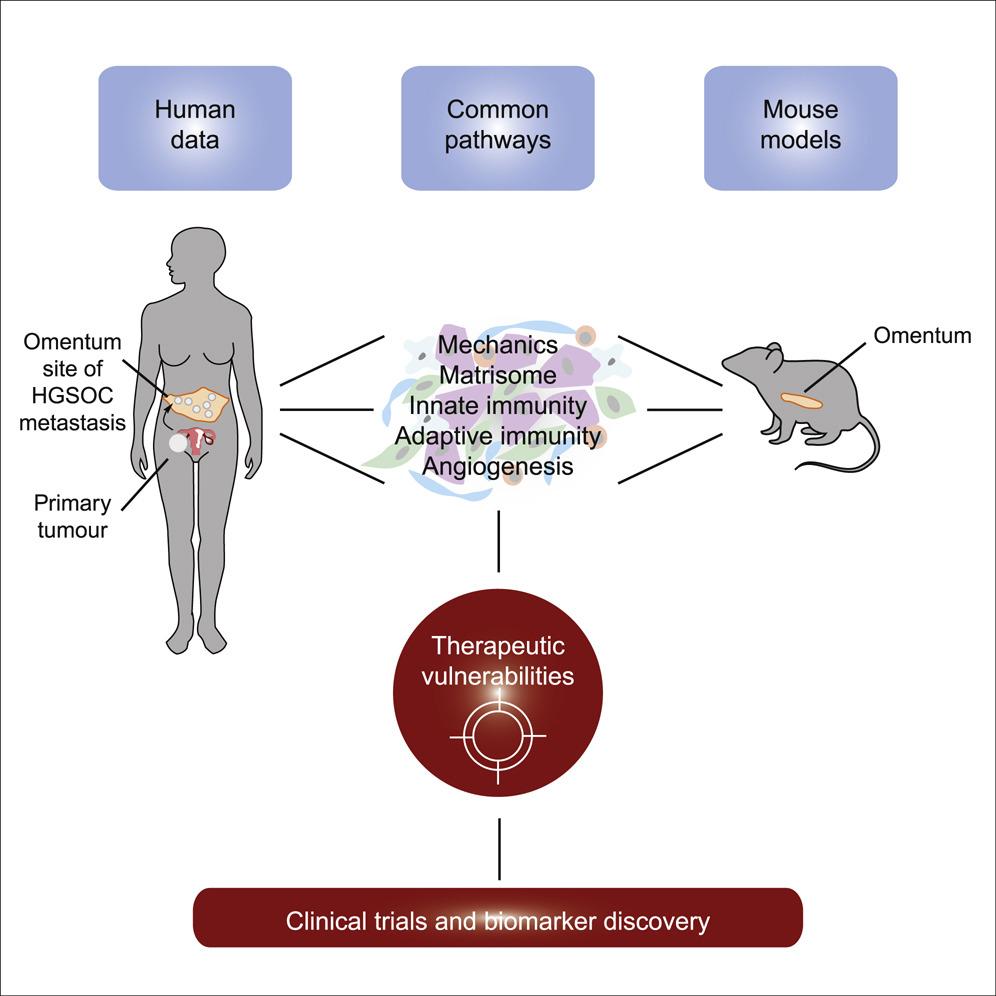 Cancers are not just made up of cancerous cells; they also contain many normal cells, such as cells of connective tissues and immune cells, and signalling molecules, which are recruited and corrupted by the tumour to help it grow and spread. These cells and molecules that surround the tumour constitute the tumour microenvironment (TME), and represent important targets for anti-cancer drugs across a variety of cancer types.

Pre-clinical models that accurately mimic the human disease are vital to be able to test new drugs and treatment combinations targeted to the cancer cells and the TME. However, uncertainty exists about whether mouse models can adequately replicate the TME in human cancers, thus compromising their validity for translation into clinical trials and application in patients following pre-clinical studies.

Therefore, the team, led by Professor Fran Balkwill, created six different mouse models of HGSOC and set out to determine their suitability as models for human HGSOC. Analyses of tumour samples taken from the omentum (the most common site of HGSOC spread in women) of the mice revealed that the mouse models of HGSOC recapitulated many features of the disease in humans, including particular signalling pathways and defects within the genetic code. In additional, there were significant differences between the TMEs of the different mouse models, reflecting the variations that exist in this disease between patients.

“There are many potential new treatments that target the cells and molecules of the TME. We need to make sure that we have the best models possible to test these new treatments and combinations. We believe these new models will be useful in this respect and may also help us understand more how the TME is regulated and evolves during cancer growth and treatment.”

The study was published in Cell Reports and primarily funded by Cancer Research UK.

Applying these models to patients

By comparing tumours from the mouse models and from patients, it was revealed that certain molecular features associated with chemotherapy response in mice were also present in human tumours. Therefore, these mouse models may serve as useful pre-clinical tools that have the potential to determine whether patients are likely to respond to certain treatments, and aid in the identification of new therapy targets for HGSOC.