Investigating new treatment targets for lymphoma, and beyond 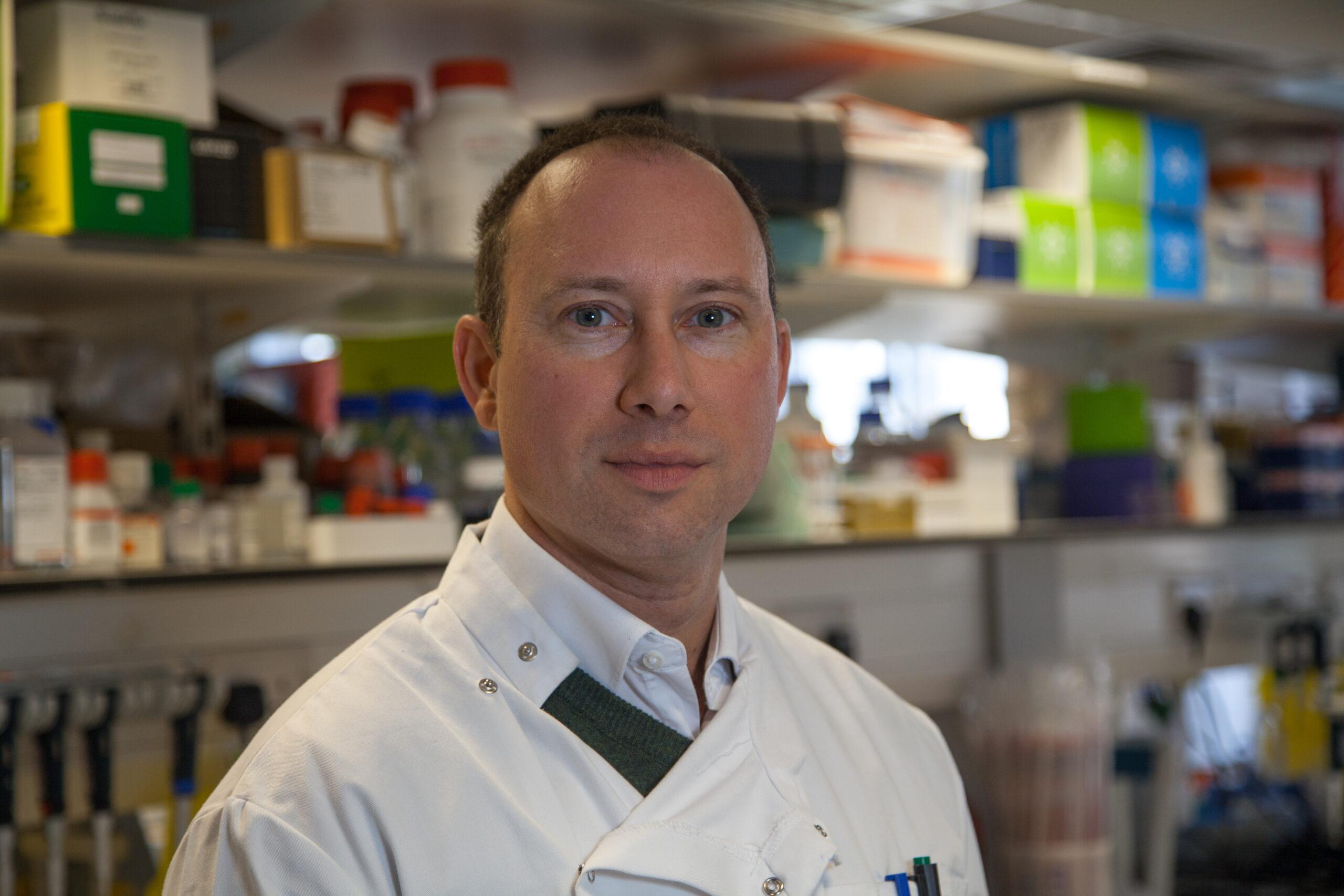 We recently spoke with Dr John Riches, Clinical Senior Lecturer in the Centre for Haemato-Oncology at Barts Cancer Institute, Queen Mary University of London, about his team’s recent publication, which describes a new potential treatment target for a subset of lymphomas.

Dr Riches and his team are interested in the metabolic changes that occur in B cells - a type of white blood cell involved in the immune response - and how these changes can influence the development of lymphomas that arise from B cells.

The research was published in The Journal of Clinical Investigation, and funded by Cancer Research UK, the Medical Research Council, and Wellcome.

What is the new study about? What did you find?

We know that when cells grow and divide to make more cells, they take up and use nutrients, such as glucose, in a complex sequence of chemical reactions termed metabolism. One metabolic pathway that my team is interested in - called the serine synthesis pathway - uses glucose and turns it in to an amino acid (building blocks for proteins) called serine.

Serine is essential for both healthy and cancerous cells as they use it in a variety of processes needed for their survival, including cell growth and division. In this study, we found a way to prevent the conversion of glucose into serine in B-cell lymphomas by blocking the first component in the serine synthesis pathway, which is an enzyme called PHGDH.

We used human lymphoma cell lines and pre-clinical models of lymphoma and stopped the expression of PHGDH in two ways: Firstly by modifying the genetic code of the B cells to remove the gene responsible for the production of the enzyme; and secondly by using a drug (PH-755) that blocks the activity of the enzyme.

By blocking PHGDH, we were able to stop the lymphoma cells from growing in the laboratory, and slow progression of lymphoma in the pre-clinical models. Our findings suggest that PHGDH may represent a clinically relevant target for the treatment of lymphoma.

What are the treatment options like currently for patients with lymphoma? How could your findings help to improve treatments?

Some treatments work well in some patients, but not so well in others. For example, in central nervous system (CNS) lymphoma - where cancer cells spread to the brain and spinal cord - current treatments are only successful at treating the cancer in approximately 50% of patients. In the other 50% of cases, the lymphoma returns and the prognosis for these patients is very poor.

We are interested to see whether blocking the production of serine by targeting PHGDH could be used in combination with methotrexate to boost the efficacy of the treatments. This is something we would like to investigate in the laboratory.

Could this treatment approach be beneficial for other conditions?

We think that targeting PHGDH could also show potential in other conditions of the immune system, such as autoimmune diseases, where the immune system is over activated and mistakenly attacks the body.

B cells needed to fight infection are produced in specialised structures called germinal centres that form during the immune response. A subset of the B cells that arise from these germinal centres produce antibodies, which recognise and remove pathogens from the body.

Our study found that blocking PHGDH in B cells in pre-clinical models of lymphoma impairs the ability of germinal centres to form and produce B cells, leading to a reduction in antibody production and immune response intensity.

Currently we are working with Professor Constantino Pitzalis and team from Queen Mary’s William Harvey Research Institute, to investigate whether targeting PHGDH could be an effective treatment approach to suppress the immune response in rheumatoid arthritis, where the immune system attacks the joints. Currently, methotrexate is the first-line treatment for this condition.

What are the next steps for this research?

We would like to build on this work and hope to take it forward into clinical trials in the future, to see if blocking PHGDH with PH-755 can benefit patients with lymphoma. This will involve working with pharmaceutical companies to design clinical trials.

Scientifically, we want to delve deeper into understanding the importance of serine in lymphoma cells, which could help us to devise more ways to target metabolism in these cancer cells. I recently received a project grant from Barts Charity to investigate the effects of targeting the serine synthesis pathway in CNS lymphoma.

We would also like to look at what happens when you combine PH-755 with methotrexate in laboratory models. We want to investigate whether the effects of the drugs are synergistic, and could have greater efficacy together than either used in isolation, in models of CNS lymphoma and rheumatoid arthritis.